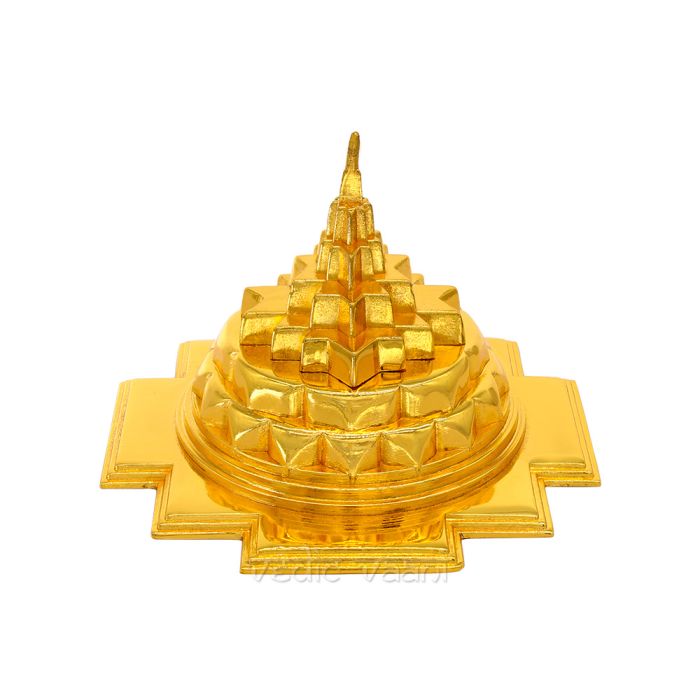 $28.18
Be the first to review this product
In stock
SKU
SY21
Quick Overview

This Spiritual Healing Holy Yantra has been beautifully designed in Zinc (Jasta) and given a Golden colour on it. Bestows with Good Health, Wealth and Happiness to the worshipper.
Dimensions: 4 inches (L) x 4 inches (W) x 2.75 inches (H)
Weight: 200 grams

Shri yantra is made of zinc (Jasta) with golden colored. Shree Yantra is very effective in removal of hurdles and miseries of life. Shri yantra is position and placement in sign and houses. It confers native good health, wealth and happiness. It removes depression, skin and mental problems. It helps the person in all round prosperity.