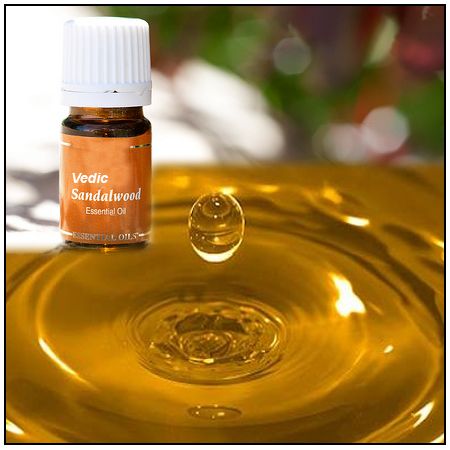 $81.82
Be the first to review this product
In stock
SKU
ES26
Quick Overview

Sandalwood Oil balances, centres and calms the mind. It is used for meditation and purification and to ward off evil spirits.

Natural oil made of 100% pure sandalwood from Mysore, India.
Chandan or sandal is well known for its aroma and cooling effect on human body. Sandal oil is used in worshiping deities by offering it as a smell by applying it on a cotton roll.

The sandal tree is highly regarded in the Vedic texts, and the heartwood is considered to be sacred. Sandalwood or chandan scents the whole of paradise with its fragrance. Sandalwood is considered the epitome of excellence, imparting fragrance even to the axe that cuts it. For this reason anything that is excellent is referred to as chandan. It is used in sacred ceremonies and to purify holy places. When used externally, it has a calming, cooling effect on body and mind. It helps relieve fever and burns, and stops excessive sweating. In general, it relieves and helps balance the body after overexposure to the sun. Sandalwood acts as a disinfectant, diuretic, expectorant and sedative. Sandalwood balances the circulatory, digestive, respiratory and nervous systems.

Sandalwood is an evergreen, parasitic tree that burrows its roots into other trees and it can grow up to 9 meters (30 feet) high and has a brown-gray trunk, many smooth slender branches, leathery leaves and small pink-purple flowers. It can take thirty to sixty years for a tree to reach full maturity. That is when it can be harvested and distilled.

History:
Sandalwood, the holiest of holies, the most sacred of trees, has been revered throughout the ages. Its heartwood produces a most valuable essential oil, widely sought after for incense, perfumery, cosmetics and aromatherapy. Sandalwood is sacred to Shiva. It stirs the root chakra and awakens the Kundalini snake. But what makes Sandalwood most special, is its use in tantric practice, where it is used to connect the lowest with the highest chakra, transmuting basic sexual energy into cosmic consciousness as it opens the third eye. Devout Hindus make a Sandalwood paste with which they anoint their 'Shiva eye'. Despite its gentle softness, Sandalwood has a male scent, which is structurally similar to a male pheromone that sends an unmistakable, yet barely perceptible, scented message to the opposite sex. This is why Sandalwood can be an effective aphrodisiac. Spiritually it is balancing and calming, a fragrant key to a meditative space dimension. Sandalwood is also said to protect against evil spirits. It is said that mean spirited people will not even be able to come close to it. Unfortunately, this belief has not proven to be true - mean spirited people do come close to it all the time. Illegal poachers, who couldn't care less and simply want to cash in on the very lucrative international market, lay axe on the tree and smuggle it to neighbouring countries that don't have export regulations. Under such circumstances enforcing regulations and safeguarding sustainable harvests becomes extremely difficult. Asia is by far the greatest market for Sandalwood products, it being used not only for incense and perfumery, but also for carving sacred artefacts and building shrines and temples. While it is possible to grow Sandalwood in other tropical regions, it appears that it looses its distinctive scent. If the wonderful gifts of this tree are to survive into the future, the Indian Government will have to get a lot more proactive to protect these trees.

Uses:
Sandalwood is used to balance all chakras and awaken the kundalini snake. It can be used in magical perfumery to attract a lover. Sandalwood balances, centres and calms the mind. It is used for meditation and purification and to ward off evil spirits.