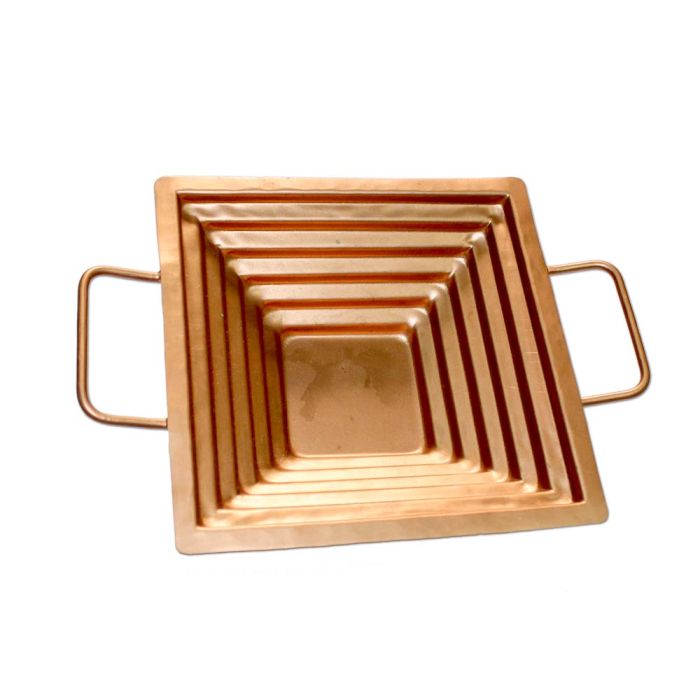 $24.55
Be the first to review this product
Out of stock
SKU
PV282
Quick Overview

Havan Kund is the center place in a Havan in which the fire is put on and all the offerings are made.
Dimensions: 1.75 inches (H) x 6.25 inches (diameter)
Weight: 200 grams

Havan Kund is the center place in a Havan in which the fire is put on and all the offerings are made. It could be considered like a sanctum sanctorum for a Yajna.
Fire is used in havan which is an integral part of every ancient culture in the world and used as a link between man and cosmic energy. According to science, matter can neither be created nor destroyed. It can only be transformed from one form to another. In the same manner, whatever we offer in the Sacred Fire reaches the respective deities along with our prayers invoking the special blessings from those divine beings for the fulfillment of the purpose of the respective Havan, aimed at achieving success at a material and spiritual level of an individual.

In a typical Homa, a priest invokes the presence of the Deity in the fire through specialized mantras. Since mantras are revealed by Enlightened sages, all mantras carry immense power within them. Once energized, till the end of the homa, the fire itself becomes a deity. Then several oblations (ahutis) are offered into the fire using Havan Samagri, at the end of every mantra. The smoke that emanates from the fire receptacle homa kunda  energizes the whole space where the homa is done and creates a positive effect in that place.