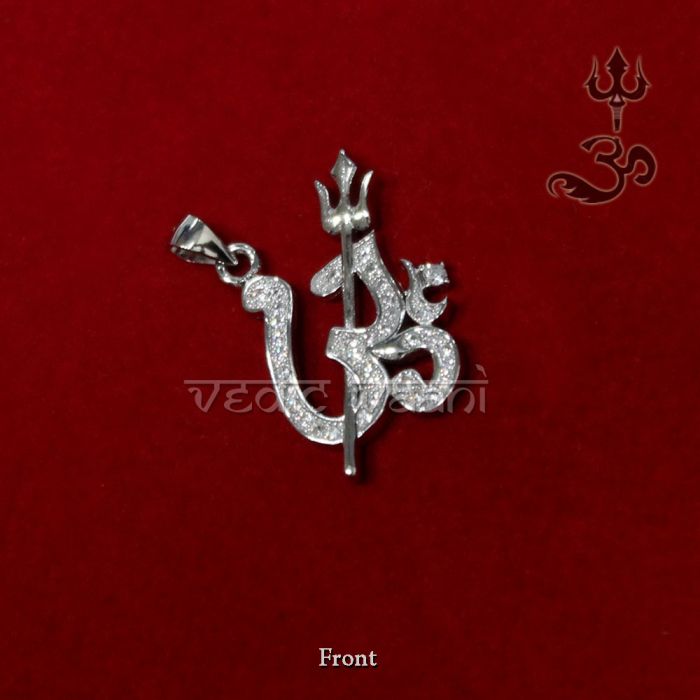 $14.09
Be the first to review this product
Out of stock
SKU
SL48
Quick Overview

AUM is the signifier of the ultimate truth that all is one.The letters A,U and M represent the triad of Divinity,namely,Brahma-the creator,Visnu-the Maintainer,and Siva-the Destroyer of the universe.
Dimensions: 29 mm  (H) x 17 mm (W) x 3 mm (thickness)
Weight: 3.1 grams

AUM is the signifier of the ultimate truth that all is one.The letters A,U and M represent the triad of Divinity,namely,Brahma-the creator, Visnu-the Maintainer,and Siva-the Destroyer of the universe. The whole symbol is said to represent Brahman from which the universe emanates,has its growth and fruition and into which it merges in the end.It does not grow or change. Many change and pass,but Brahman is the One that ever remains unchanged.
The letters A,U and M symbolise respectively speech (vak),the mind ( manas) and the breath of life (prana), while the entire symbol stands for the living spirit,which is but a portion of the divine spirit.

Siva’s trishul or trident (the three pointed javelin like weapon) represents the three gunas - Sattwa, Rajas and Tamas.The Trishul is the emblem of sovereignity. Lord Siva wields the world through these three gunas, which is the composition of Maya-Shakti or mind and matter. In other words, if one were able to analyse the composition of Maya-Shakti, it will be found to be made of the combination of the three Gunas (Sattwa-Rajas-Tamas).

Design: Made in pure silver with colored done and small diamond studded on that gives it an attractive look.
Silver is a sattvic metal.Silver has the ability to imbibe the Raja-predominant waves of desire.It imbibes 35% of divine consciousness.It is believed that silver stimulates energy flow to itself.