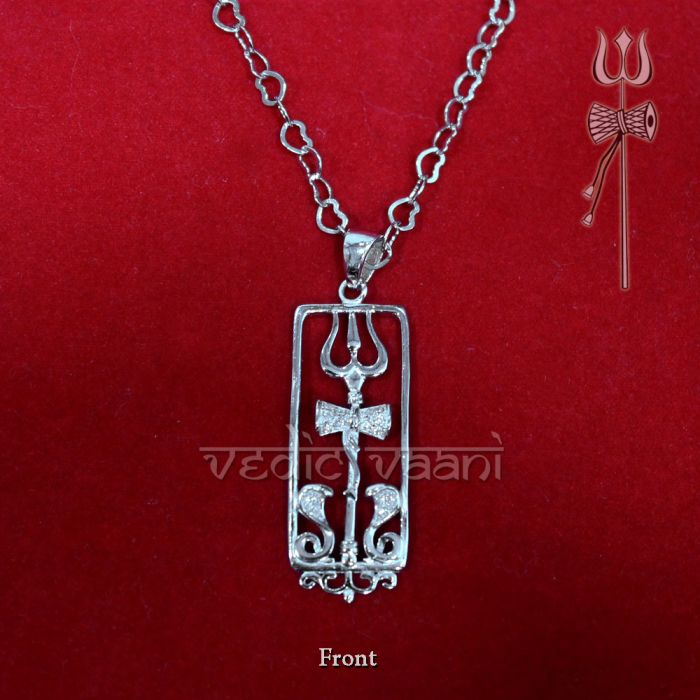 $29.09
Be the first to review this product
Out of stock
SKU
SL54
Quick Overview

A beautiful locket having the auspicious symbols of Trishul, Damroo and Snake.

The trident of Shiva is the symbol of the three qualities of Nature, the three gunas,and hence the three functions of Creator,Preserver, and Destroyer.In the microcosm the trident represents the three subtle arteries of the body,ida,pingala,and susumna,which,according to the theory of yoga, ascend from the root center at the base of the spinal cord to reach the "lotus of a thousand petals" at the summit of the head. The trident is also the giver of punishment on the spiritual, subtle and physical planes. Sanskrit for punishment is 'shula', hence the trident is called 'trishula',tri = three. As the trident bearer Shiva is known as 'Shulin'.

Design: Made in pure silver with small diamond studded on gives it an attractive look.
Silver is a sattvic metal.Silver has the ability to imbibe the Raja-predominant waves of desire.It imbibes 35% of divine consciousness.It is believed that silver stimulates energy flow to itself.