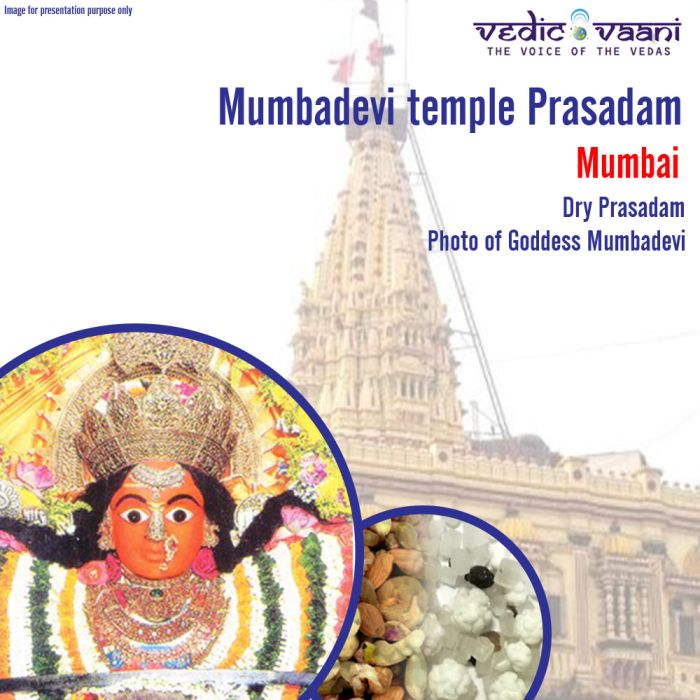 $6.82
Be the first to review this product
In stock
SKU
PS112
Quick Overview

Mumba Devi Mandir, or Mumba Devi Temple, is an old Hindu temple in the city of Mumbai, dedicated to the goddess Mumba, the local incarnation of the Devi (Mother Goddess). Marathi Mumba derives from Sanskrit Maha-Amba "Great Mother", and Mumbai combines the name with ai, the Marathi word for "mother".

While Hindu sects devoted to the goddess Mumbadevi are attested to as far back as the 15th century, it is said that the temple was built in 1675 near the main landing site of the former Bori Bunder creek against the north wall of the English Fort Saint George by a Hindu woman also named Mumba.

The original temple built at the site where the Victoria Terminus station earlier was by Koli fishermen was demolished around 1737 and a new temple was erected in its place at Phansi Talao. The modern shrine contains an image of the Goddess Mumbadevi dressed in a robe with a silver crown, a nose stud and a golden necklace. To the left is a stone figure of Annapurna seated on a peacock. In front of the shrine is a tiger, the carrier of the Goddess.

According to a popular legend the structure of the temple is the handiwork of Mumbaraka, a sadistic giant who frequently plundered the city at the time. Terrorized by these unwelcome visits, the locals pleaded with Lord Brahma to protect them. Brahma then "pulled out of his own body", an eight armed goddess who vanquished the Mumbaraka. Brought to his knees, Mumbaraka implored the goddess to take his name and built a temple in her honour. She still stands there, and devotees believe that those who seek Her divine favour are never disappointed.

Dry Prasadam along with a photo of Goddess Mumbadevi will be sent.  Know more about our exclusive Puja Services.