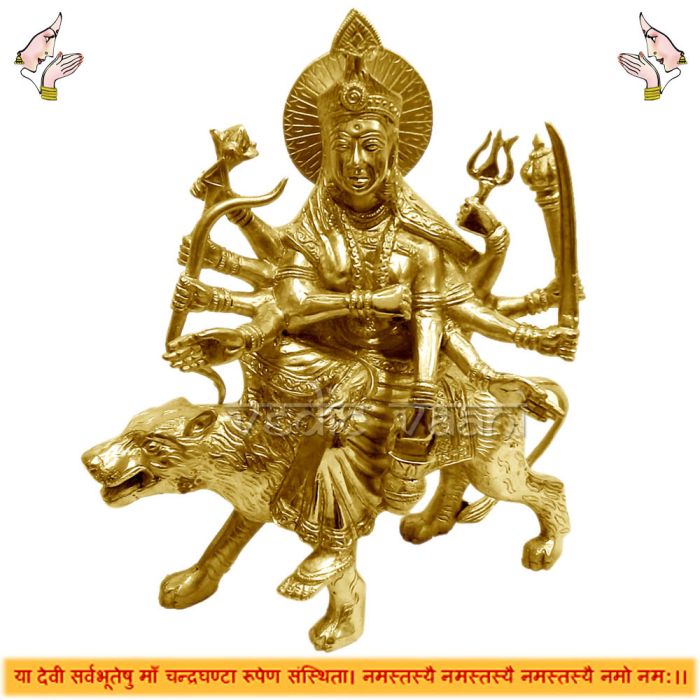 $327.27
Be the first to review this product
In stock
SKU
AZ24
Quick Overview

The Goddess Chandraghanta Idol made in solid brass. This statue has a special last long antic finish.

This form of Goddess Parvati is peaceful and for welfare of her devotees. In this form Goddess Chandraghanta is ready for the war with all her weapons. It is believed that the sound of the moon-bell on her forehead expel all type of spirits away from her devotees.

Governing Planet - It is believed that the planet Shukra is governed by Goddess Chandraghanta.

Design: Made in heavy shining brass.
Brass is well known for its grasping capacity. It grasps the divine spirit upto 30%, when compared to other metals.  The spiritual vibrations are attracted towards these shining idols easily.