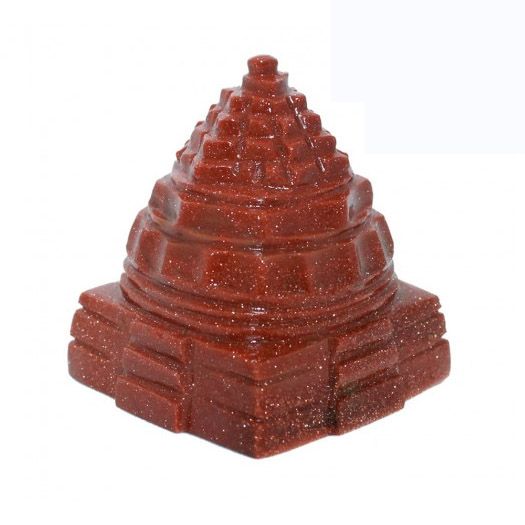 $24.55
Be the first to review this product
Out of stock
SKU
JS22
Quick Overview

This Spritual Healing Yantra (Sri Chakra) has been beautifully designed in Red Sun Stones and has a cosmic power which is perfect to place for Good Health, Harmony and Abundance.
Dimensions: 1.6 inches (H) x 1.3 inches (L) x 1.3 inches (B)
Weight: 60 grams

Shri yantra carved out of natural red sunstone. Red Sunstone positively influences those that are suffering from depressions, because of its colour and the golden specks it reminds us of Sunstone, and it also influences the psyche in a similar way. This stone will provide you with energy, inner strength and a positive outlook. On the physical level this stone will protect you against ulcers and bacterial infections.