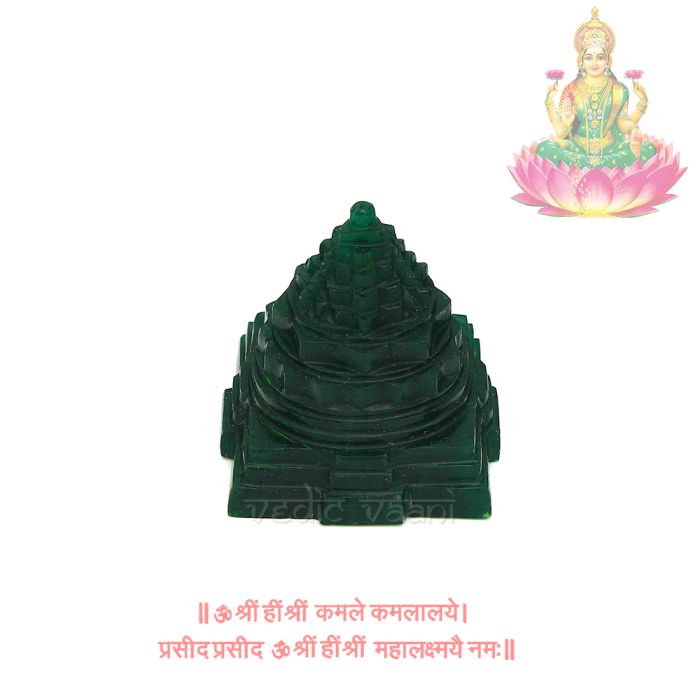 $47.73
Be the first to review this product
Out of stock
SKU
JS27
Quick Overview

Shree Yantra (Sri Chakra) has been beautifully carved out of Green Jade Gem Stones which comes in 175 Grams and has a Spiritual Healing Power in which the worshipper gets benefits to the heart in both physical and spiritual senses.
Dimensions: 2.25 inches (H) x 2.25 inches (L) x 2.25 inches (B)
Weight: 175 grams approx

Shri yantra carved out of natural green jade gemstone. Green jade works on the heart chakra and represents planet Mercury. Green Jade is a symbol of serenity and purity.  It signifies wisdom gathered in tranquillity.  It increases love and nurturing.  A protective stone, Jade keeps the wearer from harm and brings harmony. Jade attracts good luck and friendship.  It stabilises the personality and promotes self-sufficiency.  Soothes the mind, releasing negative thoughts and stimulates ideas.  It aids emotional release, especially of irritability.  Jade encourages you to become who you really are.