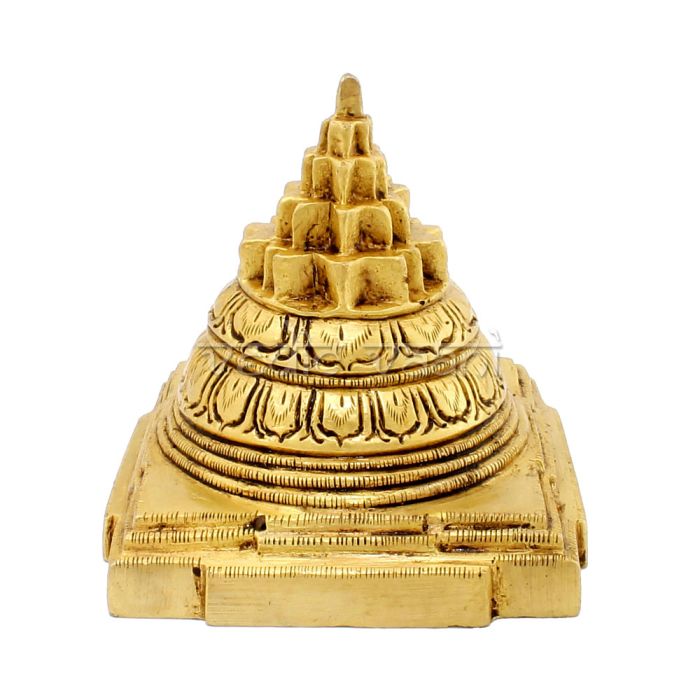 Sri Yantra in Brass for Prosperity

$44.36
Be the first to review this product
In stock
SKU
AZ591
Quick Overview

Handcrafted Shree Yantra made in solid brass metal with elegant carved. This is traditionally buried in the centre of a plot (Nabhi Sathan) to ensure continious waves of prosperity & wellbeing to the dwellers.

Handcrafted Shree Yantra made in solid brass metal with elegant carved. This is traditionally buried in the centre of a plot (Nabhi Sathan) to ensure continious waves of prosperity & wellbeing to the dwellers. The Sri Chakra or Shri Yantra is a yantra formed by nine interlocking triangles that surround and radiate out from the central (bindu) point, the junction point between the physical universe and its unmanifest source. It represents the goddess in her form of Shri Lalitha or Tripura Sundari, "the beauty of the three worlds". Four of the triangles point upwards, representing Shiva or the Masculine. Five of these triangles point downwards, representing Shakti or the Feminine. Thus the Sri Yantra also represents the union of Masculine Divine and Feminine Divine. Because it is composed of nine triangles, it is also known as the Navayoni Chakra.