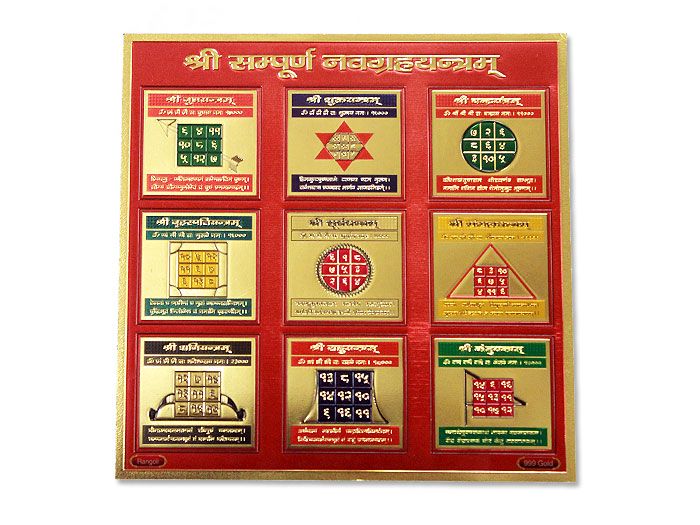 $6.82
Be the first to review this product
In stock
SKU
MY23
Quick Overview

Navgraha yantra helps to get rid of the negative effects of the misplaced planets in a person's horoscope. Navgraha yantra pacifies all the malefic planets and neutralizes negative effects. It strengthens benevolent planets by increasing their positive influences. It blesses with good health, prosperity and peace of mind and removes obstacles in work.

At times, despite all our efforts things don't take the right direction due to malefic impact of planets. This yantra protects from the malefic influence and evil effects of all planets and their Mahadasha. Worshipping this yantra renders all round prosperity to the person.  It protects from enemies and accidents and improves health and helps to accomplish all tasks.

How to use Navgraha Yantra?
1. Place the Yantra facing the East direction of your house or in puja altar.
2. Offer daily incense to the yantra.
3. Offer sandal paste in the center of the Yantra.
4. Offer Prasada (sweet offerings) to the yantra.
5. Chant the Mantra of the Yantra, minimum 11 times.
6. Consume the Prasada.