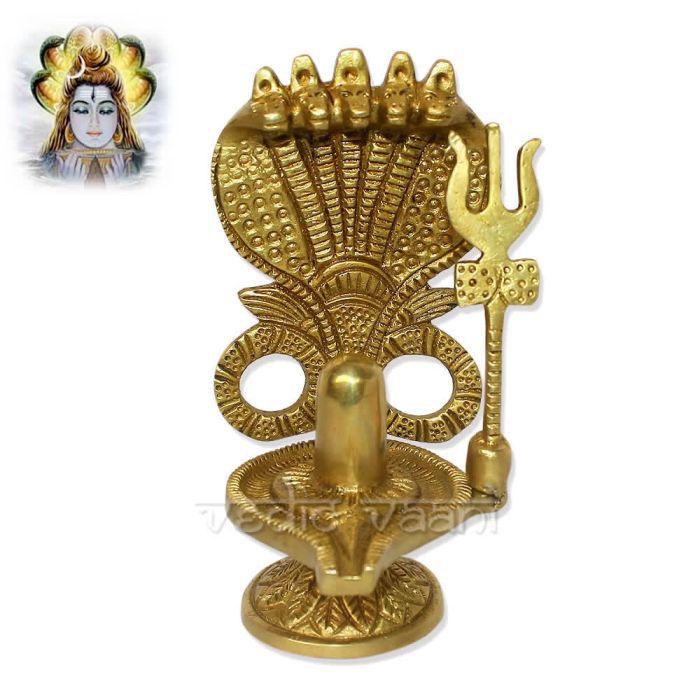 Shivling with Sheshnag Trishul in Brass

$30.64
Be the first to review this product
In stock
SKU
AZ01
Quick Overview

The lovely Indian art work in brass of Shivling with Sheshnag & Trishul in brass blessed.

Snakes (Nagas) have been a part of worship in Hinduism from the very beginning. The most famous myth of Lord Shivas association with snakes is when he drinks the poison (kalakuda) from Snake Vasukis mouth during the churning of ocean to get amrit. From that day, Lord Shiva becomes blue throated and is called Nilakantha.