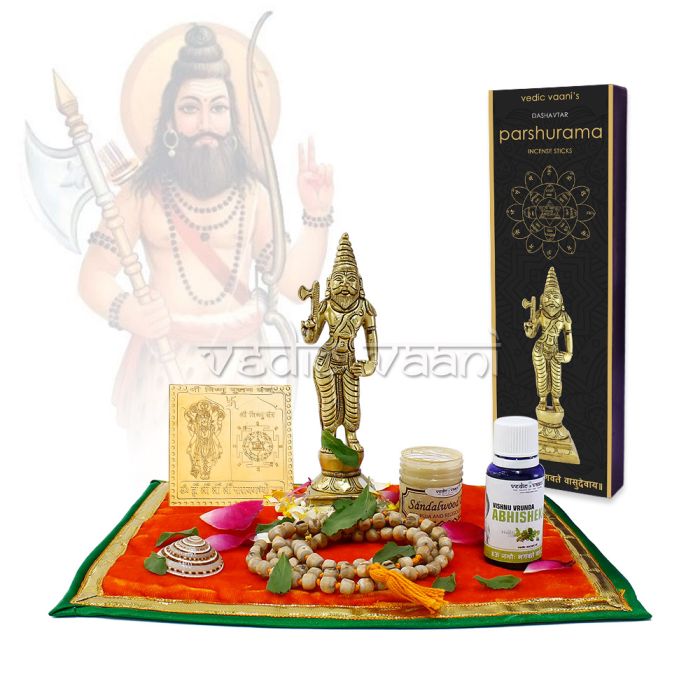 $281.82
Be the first to review this product
In stock
SKU
BS150
Quick Overview

Parshuram appears at a time when overwhelming evil prevailed on earth. The warrior class, with weapons and power, had begun to abuse their power, take what belonged to others by force and tyrannize people. Parashurama corrects the cosmic equilibrium by destroying these evil warriors.

Parshuram was a devotee of Shiva and he received a Parshu (a weapon) from Lord Shiva as a boon thus the name Parshram was given to him. Shiva also tought him war skills. As a child Parshuram was a keen learner and he always obeyed his Father Rishi Jamadgani. Parshurama was the first Warrior Brahmin and he is also called Brahmakshatriya (both Brahmin and Kshatriya means warrior) his mother Renuka Devi was a daughter of Kshatriya’s .And after receiving a Parshu from Lord Shiva it has become impossible for any one on the earth to defeat him.