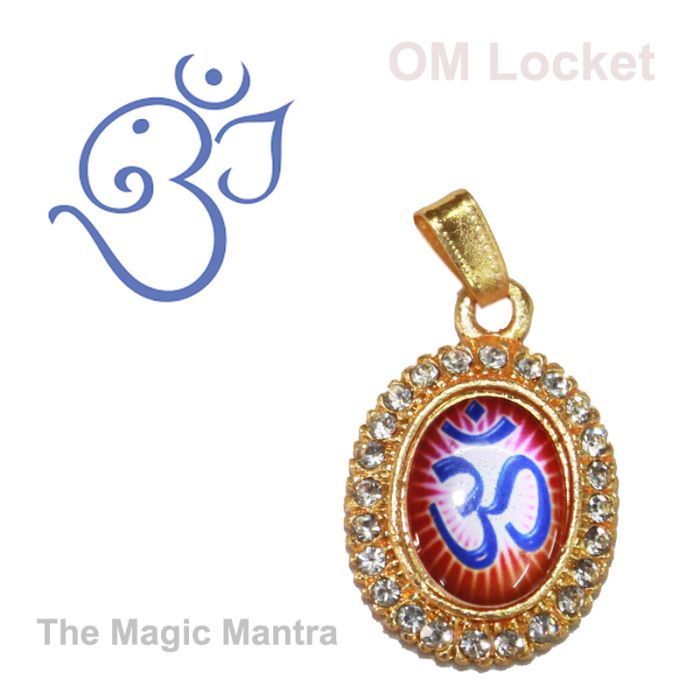 $2.73
Be the first to review this product
Out of stock
SKU
LY26
Quick Overview

In this Beautiful OM Pendant Locket OM Symbol is Placed in Middle with White stones Studded all around.
Size: 1 Inch (Height) * 0.75 Inch (Width)

In this Beautiful OM Pendant Locket OM Symbol is Placed in Middle with White stones Studded all around.

Om (also spelled Aum) is a  sacred sound that is considered the greatest of all mantras.
The syllable Om is composed of the three sounds a-u-m (in Sanskrit, the vowels a and u combine to become o) and the symbol's threefold nature is central to its meaning.

In any religion, no matter what the name, no matter the country or the tradition, the primary concern of that religion is Om, the God energy, even if that religion does not use that word. This is most easily discernible in a quiet environment. It sounds likeand can be a quite remarkable and blissful realization when it happens. Of course, one needs to have the mind quiet also.