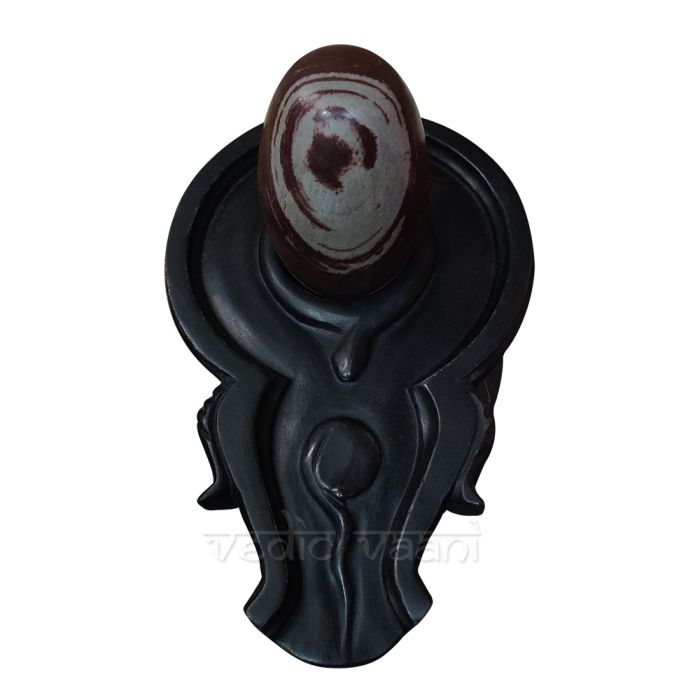 $523.96
Be the first to review this product
In stock
SKU
SG69
Quick Overview

Natural unique colored nageshwara narmada banalingam seated on a black stone handmade yoni. The Narmada is one of the five holy rivers of India. The Ramayana, the Mahabharat, and the Puranas refer to it frequently. The Rewa Khand of Vayu Purana and the Rewa Khand of Skanda Purana are entirely devoted to the story of the birth and the importance of the river, and hence Narmada is also called the Rewa. Another legend says, once Lord Shiva, meditated so hard that he started perspiring. Shiva's sweat accumulated in a tank and started flowing in the form of a river the Narmada.

Worshipping one bana-linga gets the benefits that can be obtain by worshipping a carore of other lingas. The Lingam is considered to be the form of the formless These Banlingas are considered to be  even without Pranapratishta (process of installation).

They do not need to be ceremoniously installed or duly consecrated. They do not even require going through the normal ritual of invocation of divine presence (Avahana), for the divine presence is already there and will continue to be there, quite independently of the rituals. This is clearly and boldly stated by the Marka Bheda Tantra  (Patala 7). In fact, the Yoga Sara (Chapter 5) claims that by merely thinking about Bana Lingam early in the morning, a person can gain success in all the tasks of the day.