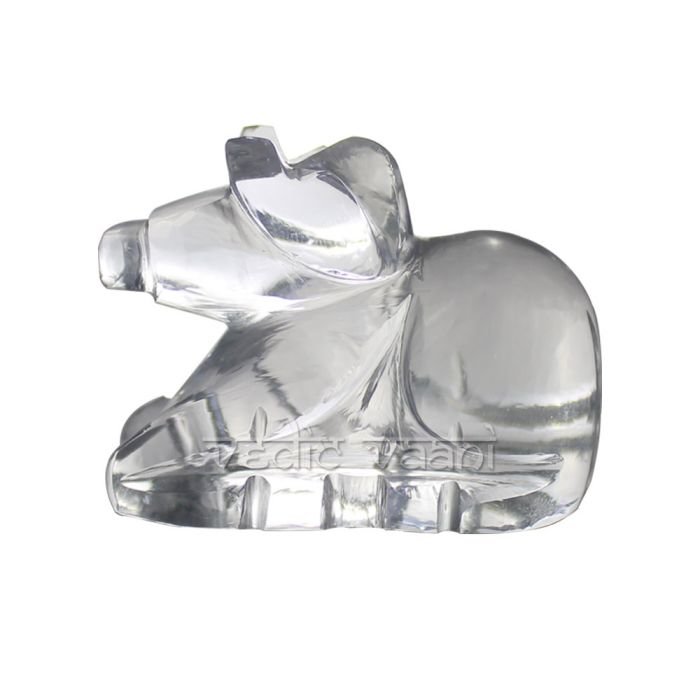 $22.36
Be the first to review this product
In stock
SKU
AZ264
Quick Overview

Nandi (Vahana of Lord Shiva) idol design in Crystal Gemstone to take home or gift to a close relative or friend or even a business associate.
Quantity: 1 pc

Nandi (Vahana of Lord Shiva) idol design in Crystal Gemstone to take home or gift to a close relative or friend or even a business associate.

As per Ramayana "Lord Rama and Lord Laxman sat on a crystal rock". Sphatik carries the properties of prosperity, happiness and brings harmony to the house where it is worshipped. Crystal helps in gaining a better understanding of our instinctual powers.  Sphatik idols are considered highly auspicious for puja purpose. Sphatik idols remove any negative energies in the area, it is kept.