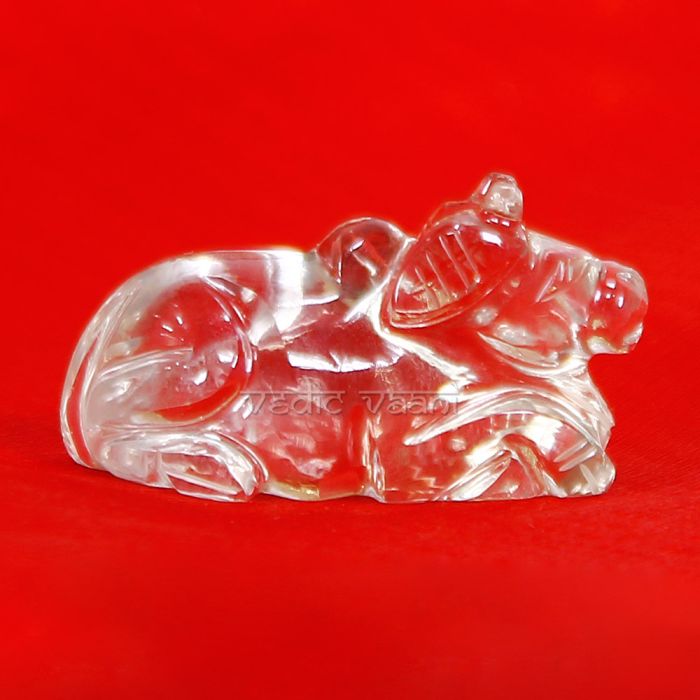 $18.91
Be the first to review this product
In stock
SKU
GS276
Quick Overview

Lord Nandi is known Lord Shiva Vahana This small gemstone idol of Nandi bull design in Smoky Quartz Gemstone to take home or gift to a close relative or friend or even a business associate.

Lord Nandi is known Lord Shiva Vahana This small gemstone idol of Nandi bull design in Smoky Quartz Gemstone to take home or gift to a close relative or friend or even a business associate.

Smoky quartz is a grey, translucent variety of quartz. It ranges in clarity from almost complete transparency to a brownish-gray crystal that is almost opaque. Some can also be black. Like other quartz gems, it is a silicon dioxide crystal.