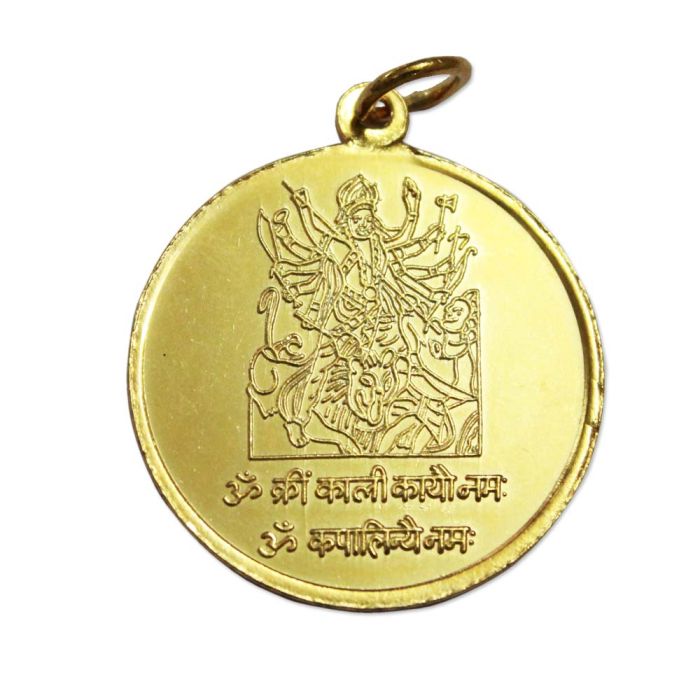 $10.27
Be the first to review this product
In stock
SKU
YL19
Quick Overview

MahaKali yantra fulfills all desires, bestows with wealth, comforts of life.  Kali Yantra is a very powerful Yantra, and is for the worship of Goddess Kali. This Yantra has occult powers & it's worship reverses the ill-effects of black magic, and frees a person from the bad influences of spirits & ghosts. This Yantra also eliminates the harmful effects of malefic planets, especially Saturn.

Kali also known as Kalika, is  associated with empowerment, Shakti. The name Kali comes from kala, which means black, time, death, lord of death, Shiva. Since, Shiva is called Kala the eternal time Kali, his consort, also means "Time" or "Death" (as in time has come). Hence, Kali is the Goddess of Time and Change.

The locket has yantra image on one side and deity image of the other side. The yantra would be blessed and energized.