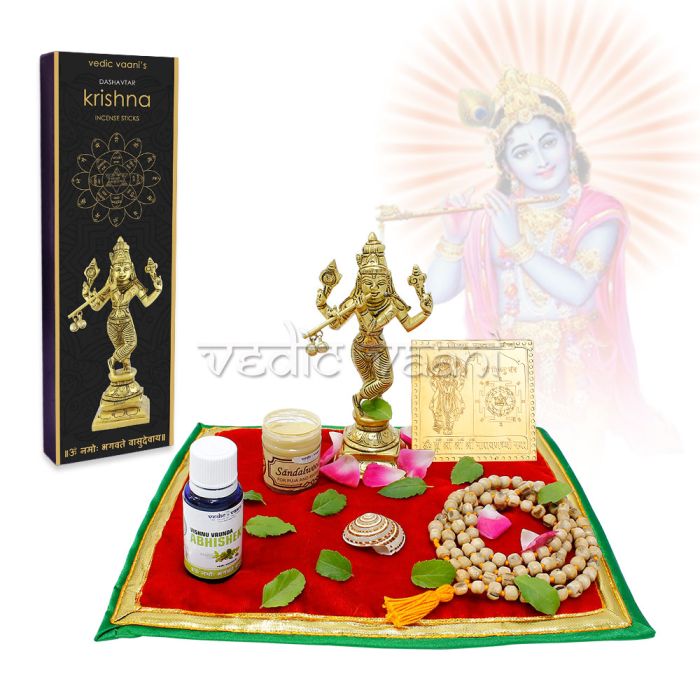 $281.82
Be the first to review this product
In stock
SKU
BS154
Quick Overview

Lord Krishna is a Ninth Incarnation (Avatar) of Lord Vishnu. Lord Krishna is also known by numerous names, such as Govinda, Mukunda, Madhusudhana, Vasudeva, and Makhan chor. This Lord Krishna Murti made in brass metal with detail work.

Lord Krishna, who is known as Govinda is the Supreme Godhead. He has an eternal blissful spiritual body. He is the origin of all. He has no other origin and He is the prime cause of all causes.

Krishna Himself says in the Bhagavad-gita that He appears on earth whenever and wherever there's a decline in religious principles and a rise of irreligion. It may seem to us that this is already happening, and we may wonder why He isn't appearing all the time.