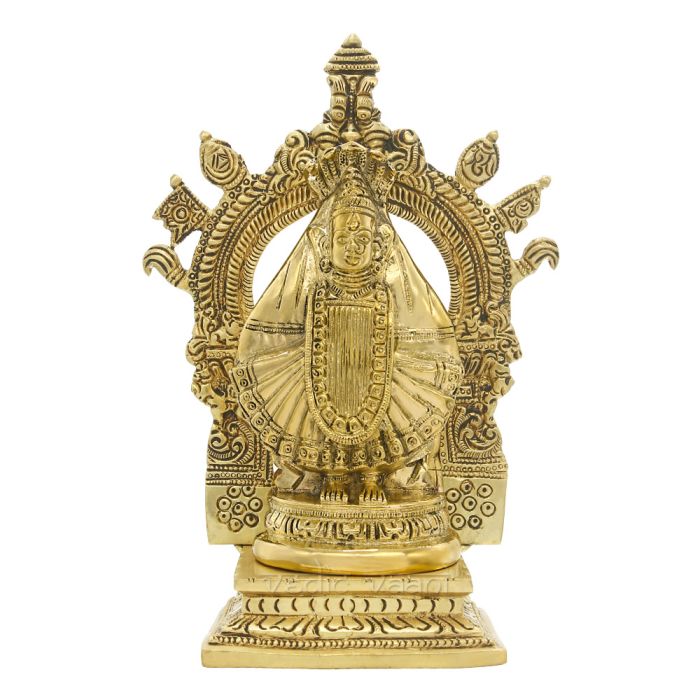 $114.55
Be the first to review this product
Out of stock
SKU
VZ01
Quick Overview
Beautifully Kolhapur Devi Mahalakshmi idol/murti/statue made in brass with antic finish, The Shri Mahalakshmi (AmbaBai) Temple of Kolhapur in Maharashtra, India, is one of the Shakti Peethas listed in various puranas of Hinduism.

The Kolhapureshwari temple is reverred as a Shakti Peetha, well known as Shri Peetham. Shakti Peethas are highly revered shrines of Shakti by the Saktha sect (Shaktism) of Hinduism. The mythology of Daksha yaga and Sati's self immolation is the story of origin for the Shati Peetha temples. They are believed to have formed when the body parts of Sati Devi fell while Shiva was carrying her corpse after her death. Sati Devi's Eyes are believed to have fallen here. Like each Shakti Peetha an associated Kalabhairava Shrine is present in the temple.