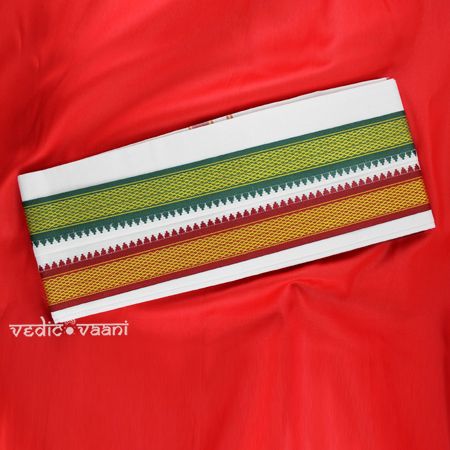 $16.00
Be the first to review this product
In stock
SKU
SH15
Quick Overview

Khes is a traditional cloth which is hand-made through weaving, binding and mixing of patterns.The art of making khes first evolved centuries ago when this heavy, durable and intricate cloth was used as blankets; it later became an important export item during the Mughal period. Khes is made on traditional pit looms and forms an important cottage industry throughout the Sindh province. Silk varieties of khes are being woven in Khairpur district of Sindh. Khes is traditionally made in cotton, silk or a mixture of contrasting threads of both to produce a striking and unique type of cloth, perfect for use in home items and accessories.

For generations, women residing in the villages of Punjab, India have woven the khes as a part of the trousseau that they take to their future home. With bold, harmonic and imaginative colour patterns, it is requisite as a coverlet while sleeping.

Khes is a floor spread and bed covering that is traditionally made of cotton. The thinner ones are used as bed coverings in winter and the thicker ones are used in place of shawls during winters. It is a household craft and is mostly woven by the women folk for their daughters, as an article for dowry.
Khes are generally woven in sets of four pairs, end to end and then stitched together to produce the requisite width. A khes with two panels joined measures about 2 metres in length and 1.5 metres in width.

Khes is one of the few household articles to have survived the rapid transformation that twentieth century has brought to the villages of India. The brides mother takes extra care in weaving the khes right from the beginning till the end as the dowry will be a lifelong possession of the daughter who will carry it to her husbands house in a sinduk. She also nourishes her daughter who is one day taken by the suitor along with the khes.It is therefore compared to the daughter and the love that the mother shares for both. Khes is thus, symbolically infused with life.