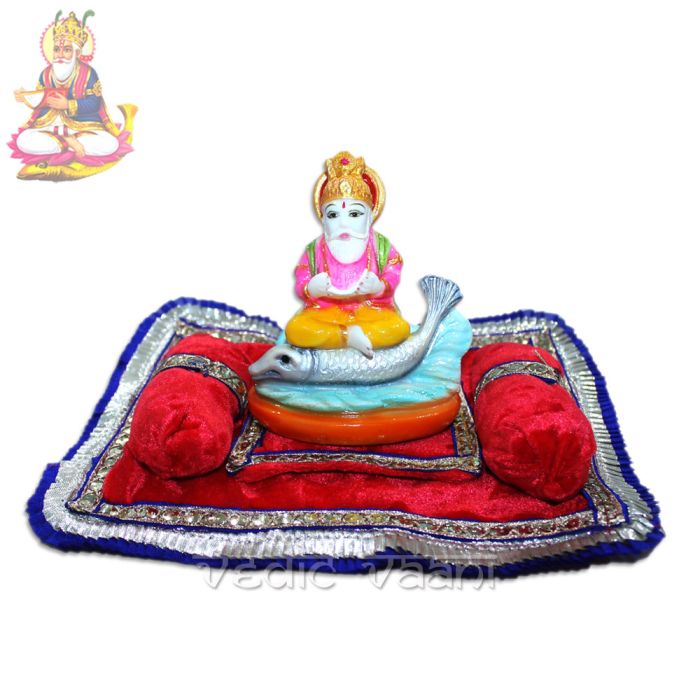 $27.27
Be the first to review this product
In stock
SKU
GI81
Quick Overview

The Hindu legend of Jhulelal or the River Diety has its historical or semi-historical beginnings in Sind, an erstwhile province of united India and now a state of Pakistan. During the days of Sapt-Sindhu (land of seven rivers), the mainstream Sindhu and its tributaries were considered life-givers to the people who lived on its banks and drew sustenance from its waters. It was precisely the lure of plentiful water that brought invading hordes of Muslim rulers from the neighbouring Arabian Kingdoms to Sind and India. Having conquered Sind and its adjoining territories, they spread Islam at the point of the sword. In the 10th century A.D. Sind came under the rule of Samras. The Samras being converts from Hinduism to Islam were neither bigots nor fanatics. However, there was no exception in the Sumra region. Being far away from its capital, Thatta maintained its separate identity and influence. Its rulers Mirkshah was not only a tyrant but also a religious fanatic. And as in the wont of many a tyrant, Mirkshah too was surrounded by sycophants. These friends advised him one day : "Spread Islam and you will be granted 'Janat' or eternal bliss after death."

Swayed by the promise, Mirkshah summoned the 'panchs' (representatives) of the Hindus and ordered them : "Embrace Islam or prepare to die". The terrified Hindus begged Mirkshah for time to consider the 'shahi firman' or royal edict. The pompous Mirkshah relented and agreed to give the desperate Hindus forty days to plead with their God.

Faced with imminent death, the Hindus turned to God Varuna, the God of the River, to come to their aid. For forty days, they underwent penance. They neither shaved nor wore new clothes, praying and fasting and singing songs in the praise of God Varuna. They beseeched him to deliver them from the hands of their persecutor.

To welcome the newborn 'avatar', unseasonal clouds gathered and brought down torrential rains.  The child was named 'Udaichand' (Uday in Sanskrit means moon-beams).  Udaichand was to be the light in the darkness.  An astrologer who saw the child  predicted that he would grow up to be a great warrior and his fame would outlive the child.  Udaichand was also called 'Uderolal' (Udero in Sanskrit means 'one who has sprung from water').  Inhabitants of Nasarpur lovingly called the child 'Amarlal' (immortal) child.  The cradle where little Udero rested began to sway to and fro on its own.  It is because of this that 'Uderolal' became popularly known as 'Jhulelal' or the swinging child.