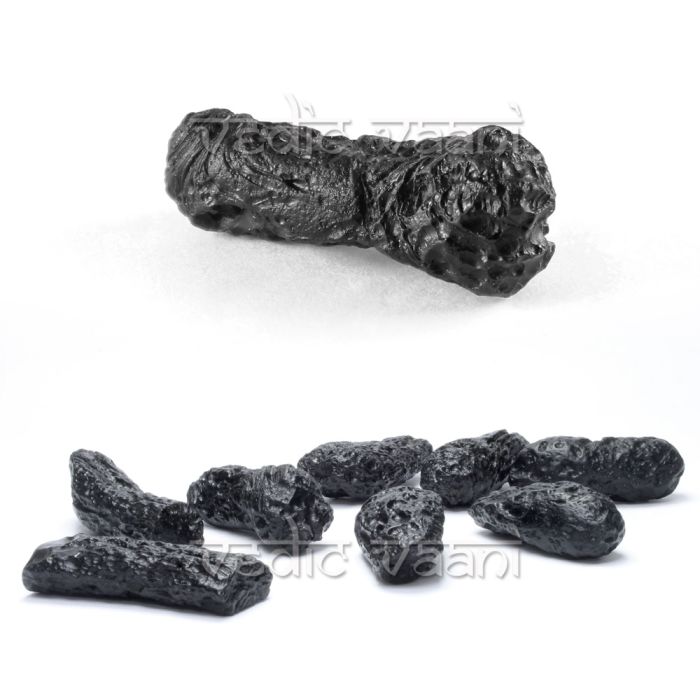 $54.55
Be the first to review this product
In stock
SKU
GS209
Quick Overview

Cintamani (Chintamani) is the stone with the highest vibration of all stones known. It awakens you to your mission, strenghthens your inner guidance and contact with your higher self, and dissolves implants and outdated belief systems.
Dimensions: 4 cm (H) X 2 cm (L) X 1 cm (W) approx
Weight: 8 grams approx
Quantity: 1 pc

Cintamani (Chintamani) is the stone with the highest vibration of all stones known. It awakens you to your mission, strenghthens your inner guidance and contact with your higher self, and dissolves implants and outdated belief systems.

This is a black, opaque stone with an uneven surface. It is very dry to the touch. When polished, it can have a high luster.

The name Tektite comes from the Greek word tektos, which means “molten”.

Tektites are natural glass objects of meteorite origin. They are discovered as part of the driest rocks with average water content less than 0.005%. This is very unusual, as most of the craters where Tektites are dug out have been under water at the time of the fall of the meteors.

Some of the Tektites are found with molten Zircons in their interior. It suggests that Tektites have been formed at very high temperatures and pressures that are not commonly encountered on Earth. Such conditions can create new compounds. The age of the Tektites is estimated at about ten million years.

There are other theories about the origin of Tektites. Because there are no noble gasses inside of them, the possibility of long distance travel across Cosmic space is less likely. The alternative theory is that they originate from the Moon. Some specimens brought to Earth from the Moon showed similar composition as some of the Tektites. However, not all Tektites display these similarities. Therefore, their origin still remains a mystery to date.Natural stone slight size may very.