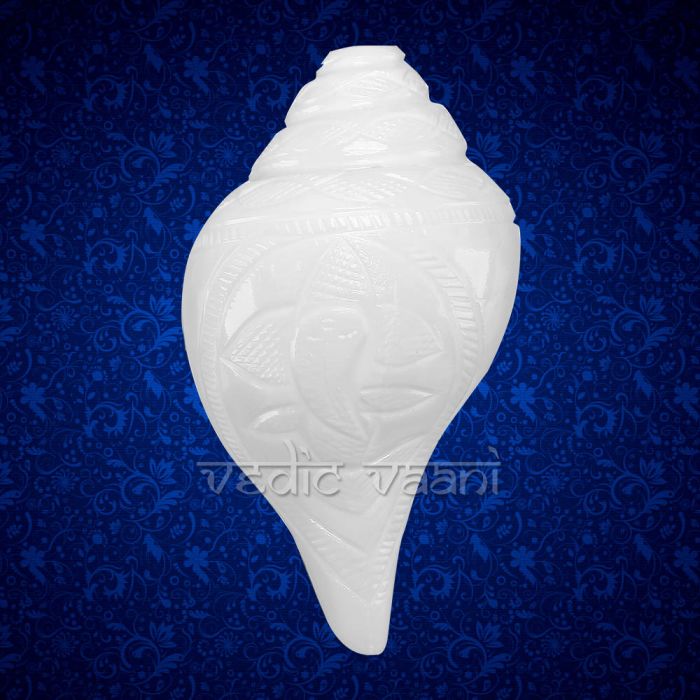 $204.55
Be the first to review this product
In stock
SKU
AZ1045
Quick Overview
Face of lord Ganpati / Ganesha Carved on Blowing Shankh, this shankha is ideal for daily Aarti and Pujas in temple and home. Real conch shell for your altar and deity temples. The natural Shankh which has hand carved in a lord Ganesh design.

Other uses of this shankh:
• Sprinkling water during Aarti
• For offering Gangajal.

Shankha's significance is traced to the nomadic times of the animists who used the sound emanating from this unique shell to drive away evil demons of whom they were scared. Over the centuries, the shankha was adopted as one of the divine symbols of Hinduism. Brahma Vaivarta Purana recalls the creation of conchs: Lord Shiva flung a trident towards the demons, burning them instantaneously. Their ashes flew in the sea creating conchs.